I got up and needed to sort out last minute gifts so walked down to the self-proclaimed biggest gift store on the planet.  It was wall to wall with rubbish tat.  Imagine anything you can and write Vegas on it, it was in there.  I picked up the present I needed and wandered back to the Hotel to pack when a guy dressed in an all-in-one pink onesie shouted at me ‘Hey man, wanna hear a joke?’  I couldn’t think of a reason why not and didn’t want to upset the crazy man so I shouted ‘Yeah’ back at him.  “What did the horny frog say?”  I was trying to think of a punchline that involved him shooting, stabbing or robbing me and I couldn’t think of anything so just said ‘ I don’t know’.  He laughed hysterically as he shouted ‘RUBBIT’ back at me.  I’m not sure if I was just happy that he was a wannabe comedian and not a killer but I laughed a little more than I should have while checking over my shoulder to see if he was following me.

J and N had received a message from the airline to say that they needed to get to the airport early as they had issues with their check-in and so we headed over even earlier than I would usually be for a flight.  I managed to shut my case that was so overpacked it was a worry and hauled it down through the casino floor as I took one last walk through the misery.  It was the last chance I would have to see our driver and so he picked me up with one arm and I had pictures taken with this most amazing guy.  We said our goodbyes at the airport and I went off to check in my king-sized bag.  I think I was allowed 35kg but I was at 50kg.  The lady said that anything over 42kg was a problem and so I showed her a photograph of my cat and we were friends and I was all good.  The next time I would see that case would be in Newcastle, I liked that idea.  Vegas had been amazing but it was a hard slog and distorted your mind and what was normal; you can’t spend too long there.

I split up with J and N in the airport as they had posh passes for the executive lounge.  I had to force them to use them as they didn’t want to leave me but I hated the idea of them missing out for me and so I had to threaten them.  I ate pizza and drank coke at 10.30am and watched the world go by.  The flight from Vegas to Detroit was packed again, I chatted to a lady from Detroit on her way home who had been to Vegas for a motor convention and we shared a common bond over how funny the lady’s voice was in the seat behind us.  We got the giggles and couldn’t catch ourselves until we landed pretty much.  We had to rush off the plane once we landed as we had a very short window until our onward flight to Amsterdam.  We sprinted through the airport like lunatics just to find ourselves standing in a long queue to hurry up to stand still.

It wasn’t like the flight out as it was pretty much full so was a wholly different experience.  There was a family in the three seats behind me that were travelling with a baby and the poor thing was crying for what seemed like forever.  I could hear the mother crying herself and as I returned from the toilet I asked her if she spoke English before telling her not to worry.  The people on the plane who were parents understood and those that weren’t would never understand but maybe would one day,  I told her she was doing a great job and just relax.  I just made her cry a little more. 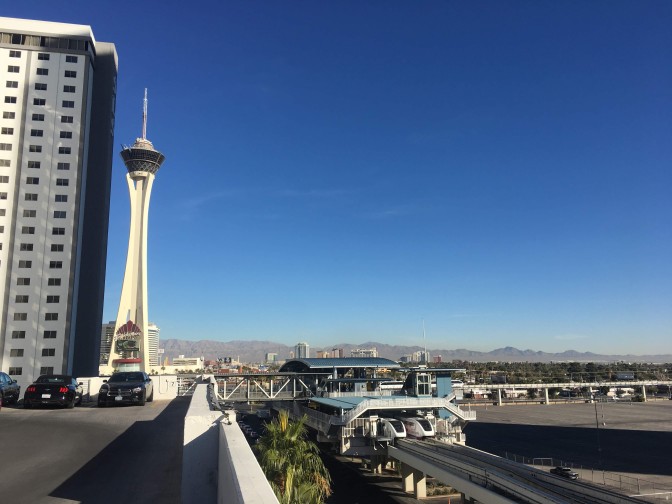 The food wasn’t as exciting on the way home. I watched Saving Private Ryan and then I was in Amsterdam.  An hour’s wait and I could hear Geordie voices again.  It was time to take a moment to reflect on the trip.  I had had a fantastic time, but I had missed my kids, missed my Titchy and I had missed, well, normality.  It was like an adult version of Disneyland but with a sinister and sad dark undertone that I couldn’t reconcile.  I had been warned that 3-4 days was enough as it would take it out of you.  Add in a half marathon and the 6 nights and I was a broken man that needed some fruit, vegetables and a quiet night in.

After a very quick up and down over the North Sea, I was back home.  Annoyingly, we must have flown directly over the top of my house and I didn’t get to see it, but I was back and I was very happy about it.  I didn’t have my front door keys with me and it was 2pm so I was going to have to head into town on the Metro to get a lift home from Titchy.  Imagine my surprise when the doors at arrivals opened and there she was looking just perfect and waiting for me.  I was home, we were back together and we could start to plan the next adventure.