This was it, already, our last full day.  It always feels like the hardest day of the holiday as you feel like you have to make the most of it whilst simultaneously preparing to pack up and go home!  I decided to start the day with a bang and went for a run before breakfast.  I did a slightly longer route around town and ran past my two old supporters who were there cheering me on.  When I saw how happy their little faces were I could have cried, they patted the concrete barrier at the side of the road they were sitting on and asked me to sit with them and chat.  Well, I think that’s what they meant any way, it was impossible to tell.  I showed them photographs of my family, my home, my cats, my life and they reacted with smiles and ‘Mama Mia’ and ‘Bellissimo’ and pats on my knee and rubbed my cheeks.  I asked them to come and stay with me in Newcastle and they laughed and smiled.  Without being able to speak a word of Italian or them English, we had managed to connect and touch each other.  It was a wonderful feeling and a memory I will not easily forget.  I took a selfie and jogged off down the hill with them cheering and clapping my departure as if I was finishing in the Olympics. 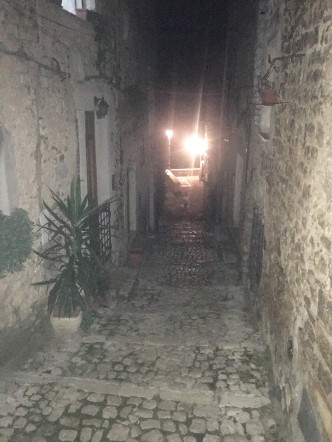 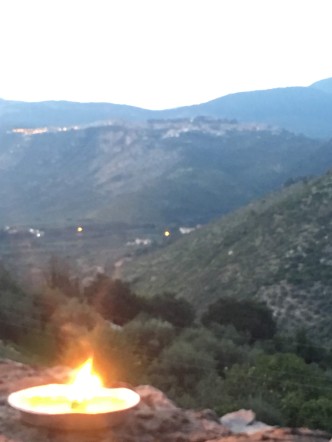 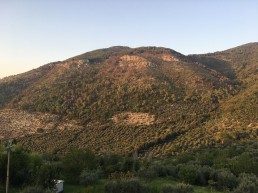 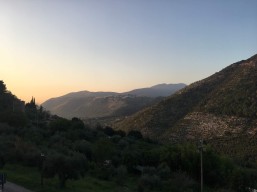 The kids wanted another rest day but that wasn’t going to happen.  We agreed to swimming and relaxing but at the beach in Latino rather than our pool and so, once again, we headed down to the flatlands below.  It looked to be ‘just there’ as we looked off the veranda, but it was a good 30 minute drive.  As we looked from the veranda there was one building that stood out a mile as it must have been 40 floors high while everything else around it was no more than 4 or 5 even in the centre of town.  I couldn’t leave Italy and not know what this was!  It wasn’t as exciting as I had hoped, it was just a residential building called Torre Pontina.  Why they needed to build houses in the sky when there was so much land below that was untouched will forever be a mystery to me.

With a car full of confused faces, four wondering why we had stopped to take a look at the front door of a tower block and one because I couldn’t work out what they had built it for, we pressed on to the beach.  Before we dipped our toes we popped into what looked like a hotel canteen for a spot of lunch.  It was as bland as could be, after the good food we had enjoyed all week it felt like a microwave meal, but we were filled and that was all that mattered.  We headed on up the stony beach to find a quieter spot in view of the car and jumped in.  The sea was warm with gentle waves lapping on the shore.  You reached a deep spot about 10 meters out and then about 20 meters out you were back up to ankle depth on a sand bank before the sea slowly sloped off…the next land probably being Corsica which I had no intention of plodging out to.

As we came out of the sea a group of lads were playing football and acting like young men do, showing off, being loud and posing for any women that were on the beach giving them sideways glances to see if their efforts to look manly were paying off.  The only eye that these boys seemed to catch was that of an older gentleman that seemed to be suggesting they should move on and let people enjoy their day at the coast without being bothered.  At one point, one of the lads kicked a ball to his mate but it was flying at great pace towards us.  Instinct took over and I raised my foot up, took the pace off the ball and brought it under control perfectly at my feet. I am not sure who was more surprised, me that I had controlled a football or them that this old English guy had the moves still! 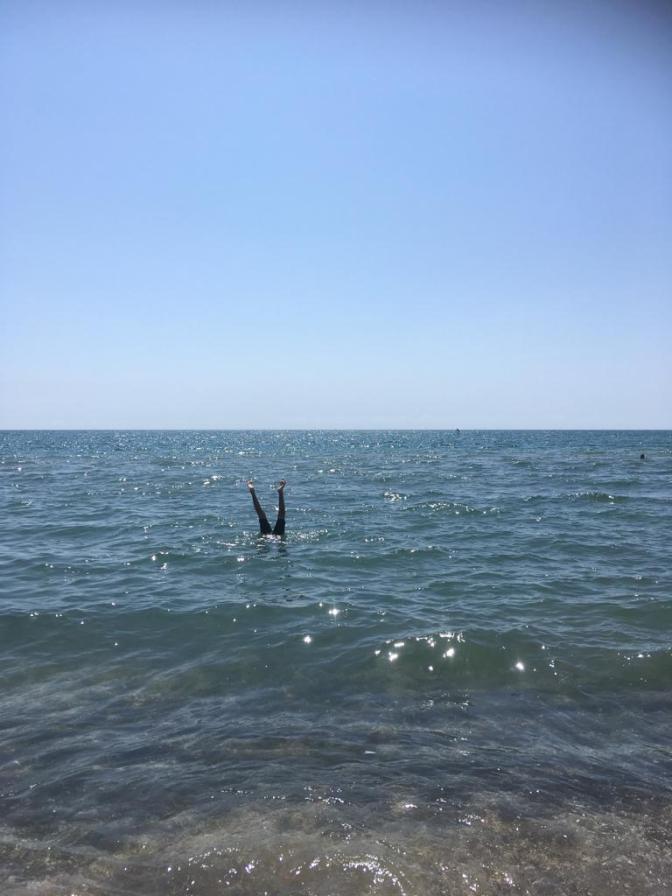 We stopped for an ice cream and a coffee before heading home and the guy that owned the cafe had a son that owned a restaurant just outside of York so we chatted and I tried his own invention which was, effectively, a Mr Slushi laced with espresso coffee.  An ice cold slap followed by a caffeine bang and wallop.  I am not sure if it will take off or not but he can use that in his adverts if he likes.

We had an early start in the morning, with my desire for getting to airports and stations in good time we wouldn’t have any time to think never mind play in the pool.  We washed the sea salt off with chlorinated water and spent the rest of the afternoon lazing by the pool throwing fallen lemons at each other in the pool and letting the sun kiss us for one last time. 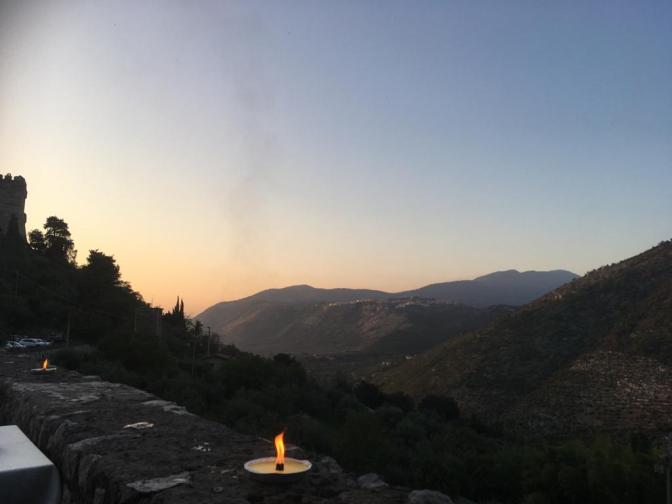 The landlord had recommended a local restaurant called Chichibio which sat on the other side of town.  It had a terrace so you could eat your meal with a view of the mountains behind us and it was heaven.  Dressed in our finest we ate good food, drank, laughed, joked and watched the world go by and the sun drop out of view and the changing colours that come with it.  We would miss this place so much.  One last walk through town, one last ice cream in the piazza and one last meow from the cats outside the house and that was it, our last day was complete. 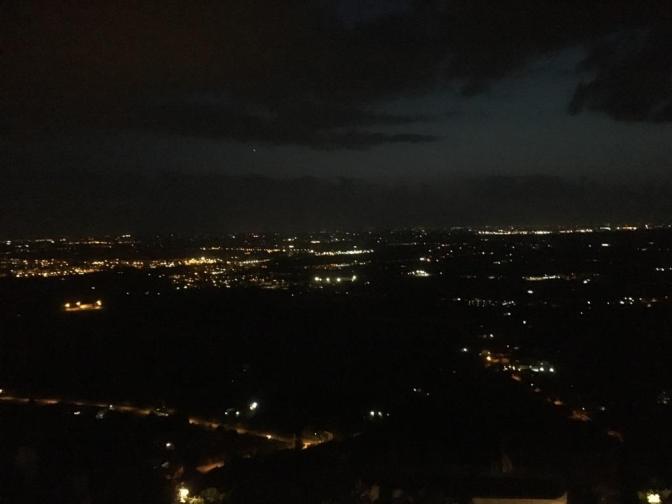